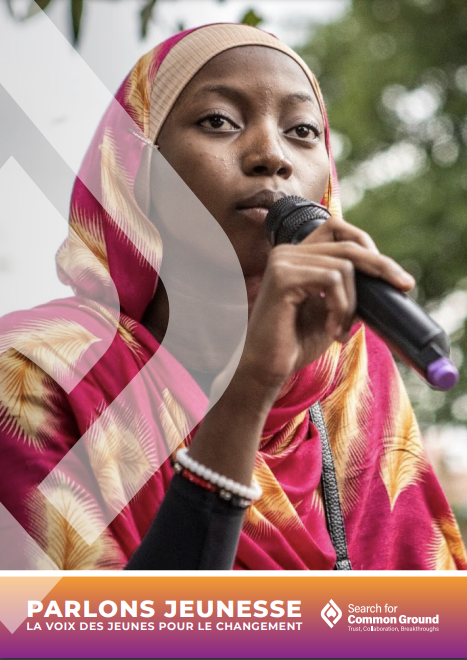 Mali, South Sudan, and the Central African Republic have recently signed peace agreements. However, the negotiations were mainly limited to adult elites. Although they make up the demographic majority, young people in these three countries lack the means to express themselves and participate in the decisions that affect their lives. Yet they have incredible power to build peace, bridge divides, and develop solutions.

Our Youth Talk project, funded by the Bezos Family Foundation, aims to change this dynamic. This initiative empowers a group of more than 100 young radio journalists to report on local conflicts and create radio programs to help people find common ground.

Over the decades, we have created similar programs in other parts of the world, from Sierra Leone to Burundi. The young people we trained eventually became nationally recognized investigative journalists. Leaders like former Liberian President Sirleaf and U.S. ambassadors have credited our radio programs with preventing mass atrocities and genocide and uniting entire nations around a common goal.

That’s why Youth Talk is so promising.

These young people have used their unique stories to tackle the toughest challenges in their communities. They spoke about issues such as forced marriage, violence against minorities, and their first-hand experience with the horrors of war and the impact on their education. And they didn’t just stop at reporting; they worked to find solutions to these problems, uniting their voices for the common good. These are not just kids who have learned new skills. They have something powerful to say and have finally found a national platform to be heard – a space to give shape to their dreams of building a safer and more just country.

Here are their stories.