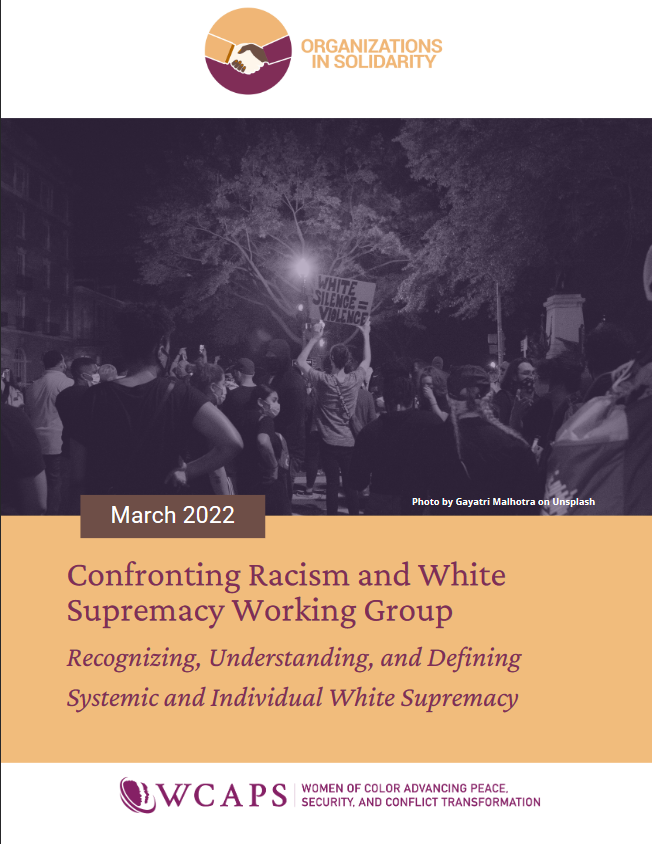 While this is an exact descriptor of the concept of white supremacy it does not embody all aspects of the issue, and thus may give people an incomplete understanding of it, and render them unable to accurately identify white supremacy and the actions that often accompany it.

The definition we propose is the following: White supremacy is a social and systemic manifestation of the belief that white people hold a level of superiority over other races, thus granting them the right to exert dominion over people of other racial groups, by use of both social and systemic structures. This may result in the perpetuation of this ideology, by use of violence, passive, or covert acts with these exertions being exhibited exclusively or in unison with other such actions.

The goal of this paper is to examine white supremacy through a lens that aims to better define it systemically and individually. Each section of this paper explores the diverse social and policy implications that influence the creation and sustenance of white supremacy in human culture, systems, and social settings.