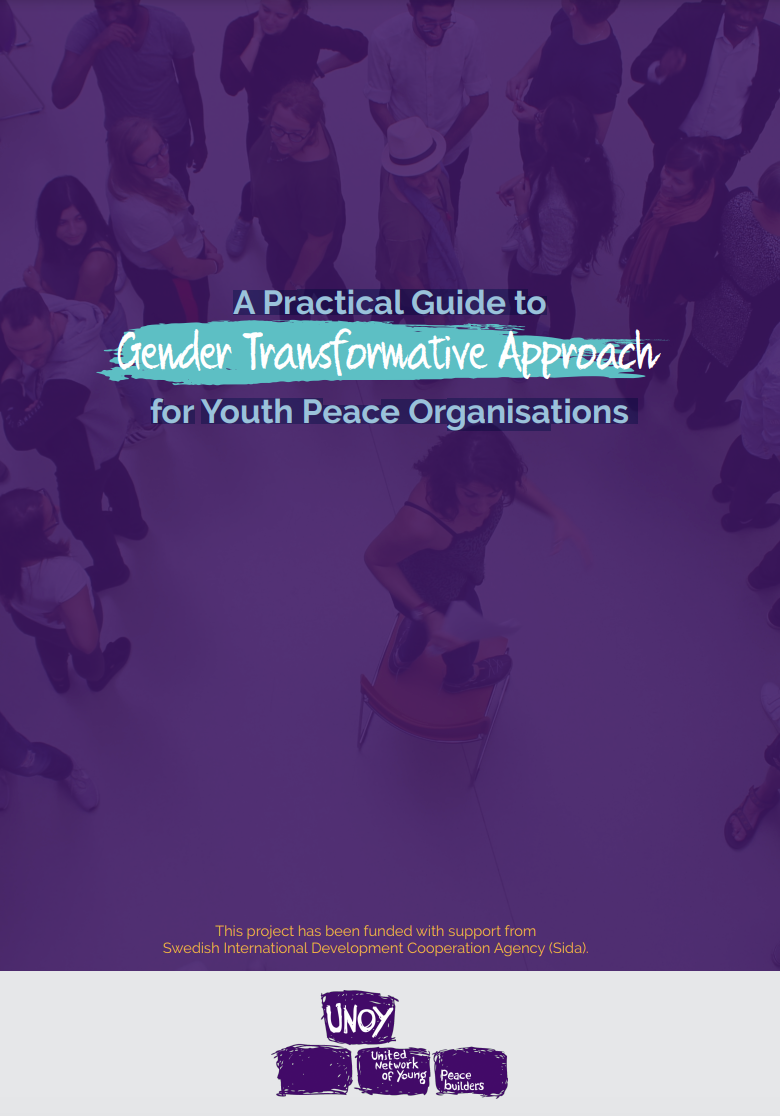 Toolkit in a Nutshell

Despite the increasing understanding of the necessity to pursue gender justice and equity, gender work in peacebuilding is often perceived as an issue of secondary importance. This is especially true for youth organisations, which often lack resources and expert knowledge in gender equity work. There is also the widespread misconception that gender-responsive work only concerns women and girls’ issues. UNOY is conscious of the critical role gender plays in working with youth and peace; therefore, we have developed this toolkit to be leveraged as a resource for young people to be trained in gender transformative approaches (GTA) to peacebuilding initiatives and facilitate the implementation of their own GTA approach within their organisations.

This toolkit addresses gender from an intersectional approach. It takes into account sexuality, gender identity, and gender expression both in and out of the gender binary. It also understands that women, men and gender-diverse people do not make up homogenous groups, as gender does not exist separately from other core identity markers, such as race, class, and sexuality. So, this toolkit aims for greater inclusion of all people in peacebuilding efforts through a more transformative and expansive approach to gender.

Just mention that it came from UNOY Peacebuilders.

This project has been funded with support from the Swedish International Development Cooperation Agency (Sida). This publication reflects the views only of the authors, and the donors cannot be held responsible
for any use that maybe made of the information contained therein.