Youth Perspectives on the Climate and Conflict Nexus 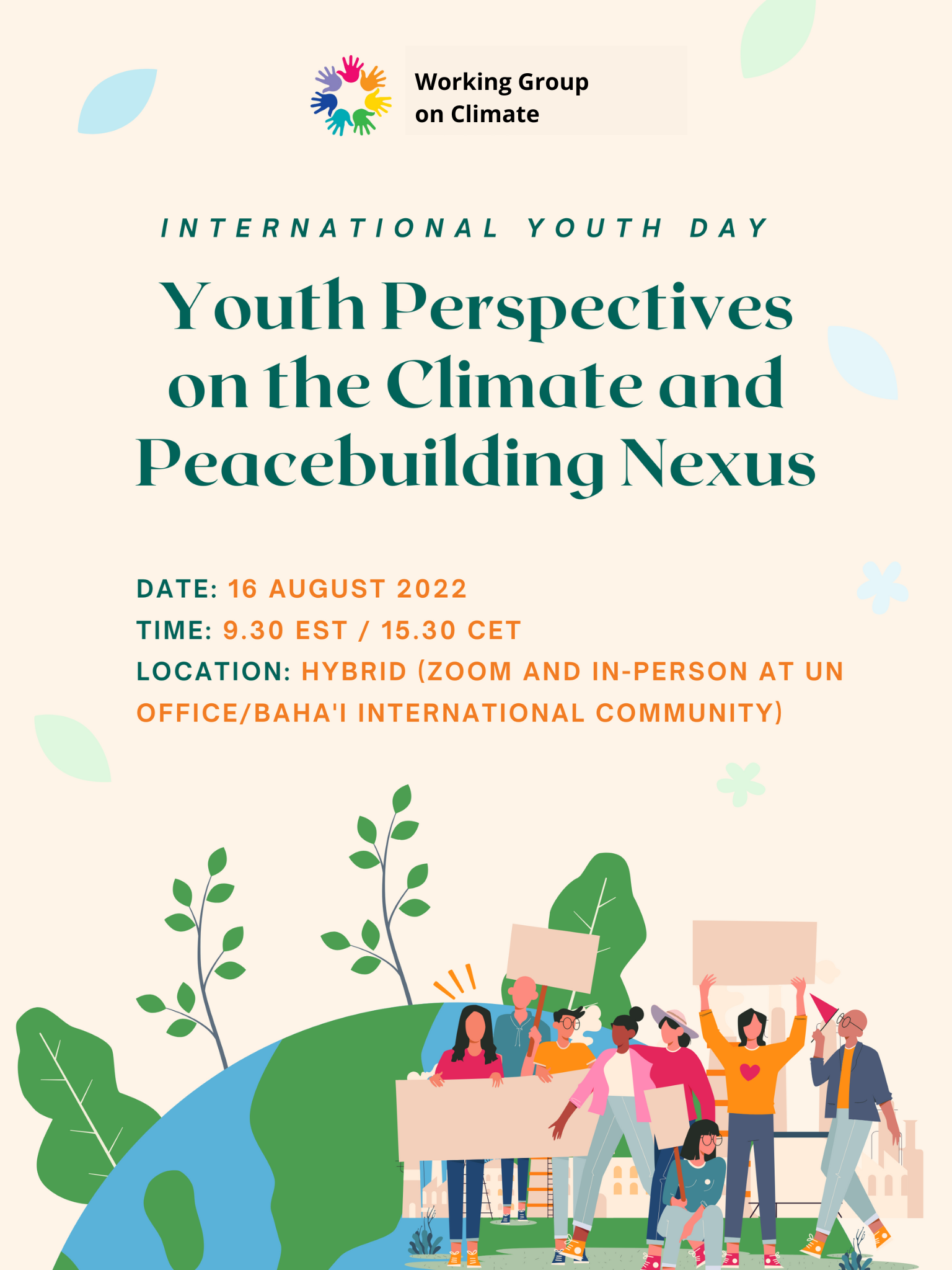 Young people are active change makers, despite the challenges they are facing, they are the ones who are mobilising for peace. They are also the ones at the forefront of climate action.

The countries most susceptible to climate change are also the countries with the most youthful populations. At the same time, there is a lack of understanding of the nexus between climate and the Youth, Peace, and Security (YPS) agenda and a lack of recognising of the role of youth. While the
YPS agenda recognises the positive contributions of young people to peace, but the agenda neglects mentioning climate change as a risk to peace and security

Thus, young peacebuilders often remain excluded from any kinds of discussions or decision-making processes. While the
Climate-Security nexus has gained momentum, but there is a lack of understanding of the links between
the Climate-YPS nexus.

With this event, we aim to explore the link between YPS and climate action driven by youth. During the event, young peacebuilders will share their experiences and insights.